A lecturer at the University of Lagos, Dr. Boniface Igbeneghu, has been exposed as one of the culprits in BBC Africa Eye’s video documentary targeted at lecturers in some West African Universities.

Dr Igbeneghu, who is also the head of a Foursquare Gospel Church in Lagos, was caught on camera making sexual demands to offer admission to a ‘student’.

The lecturer was exposed in the 13 minutes video by BBC Africa where an undercover journalist, Kiki Mordi, disguised as a 17-year-old admission seeker.

BBC Africa Eye’s on Monday released a documentary targeted at lecturers in some West African universities harassing their students for sex in exchange for grades/marks.

The investigation is part of a broader one that uncovers the sex for grade crises in West African Universities.

In the Video, Igbeneghu invited the ‘admission seeker’ to his office for ‘tutorials’ and at their first meeting asked: “how old are you?”.

After responding, the lecturer started commenting on her appearance.

“Don’t you know you are a beautiful girl? Do you know I am a pastor and I am in my 50s but if I want a girl of 17 years, all I need is a sweet tongue and put some money,” he said.

According to the documentary as published by BBC Yoruba and seen newsheadline247, the lecturer invited the ‘student’ for a second meeting where they held prayer session together.

After the prayer, he simply asked: “what age do you start knowing men. Be assured that your mother will not hear.”

While the reporter was yet to respond, Mr Igbeneghu described the secret place where lecturers meet to “touch students breast” at the staff club of the university.

“They call the place cold room,” he said. He then explained that ladies must pay to have good grades.

At the last visit, he told the undercover journalist that if she truly wants admission in UNILAG, “she must be obedient”.

“Do you want me to kiss you? Switch of the light, lock the door and I will kiss you for a minute. That’s what they do in cold room.”

The lecturer went to the bathroom and upon his return, he locked the door, switched off the light and embraced the ‘admission seeker’.

“You are too stiff. I can call you to come any day. If you don’t come, you know you are gone,” he threatened the undercover journalist.

Here is a link to the video>: https://www.bbc.com/news/av/world-africa-49907376/sex-for-grades-undercover-in-west-african-universities 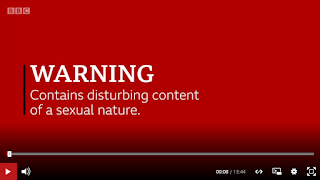 BBC reports that Academic institutions in West Africa have increasingly been facing allegations of sexual harassment by lecturers. This type of abuse is said to be endemic, but it’s almost never proven.

Female reporters were sexually harassed, propositioned and put under pressure by senior lecturers at the institutions – all the while wearing secret cameras.

Reporter Kiki Mordi, who knows first-hand how devastating sexual harassment can be, reveals what happens behind closed doors at some of the region’s most prestigious universities.

The university spokesperson, Taiwo Oloyede, told BBC that the institution has zero-tolerance for sex scandal.

She did not provide any response to the “cold room” allegation.

Alcohol can cause irreparable damage to DNA of stem cells, leading to an increase in the risk of cancer, says a new study. The research was conducted by scientists from the Medical Research Council Laboratory of Molecular Biology in Cambridge, UK. The new study shows that taking alcohol could have more dire effects than thought possible. The Read more

The governor of Ogun State, Ibikunle Amosun has acussed the National Chairman of the All Progressives Congress (APC), Adams Oshiomhole of planning to hijack his government. Amosun, in a statement by Adedayo Adeneye, the state commissioner for information and strategy, says actions of Oshiomhole may lead to the destruction of the party. The Ogun state Read more

Attack on Ekweremadu deliberate – IPOB lists Obiano, Umahi, Ugwuanyi, others as next targets