President Donald Trump is asking advisers if it is possible for the US to buy Greenland, according to a report.

Trump has expressed interest in the self-governing part of Denmark — which is mostly covered in ice — asking advisors if it is possible for the US to acquire the territory, The Wall Street Journal said Thursday, citing people familiar with the discussions.

The president has been curious about the area’s natural resources and geopolitical relevance, the paper reported.

Greenland is a self-governing region of Denmark, which colonized the 772,000 square-mile (two-million square kilometer) island in the 18th century, and is home to nearly 57,000 people, most of whom belong to the indigenous Inuit community. 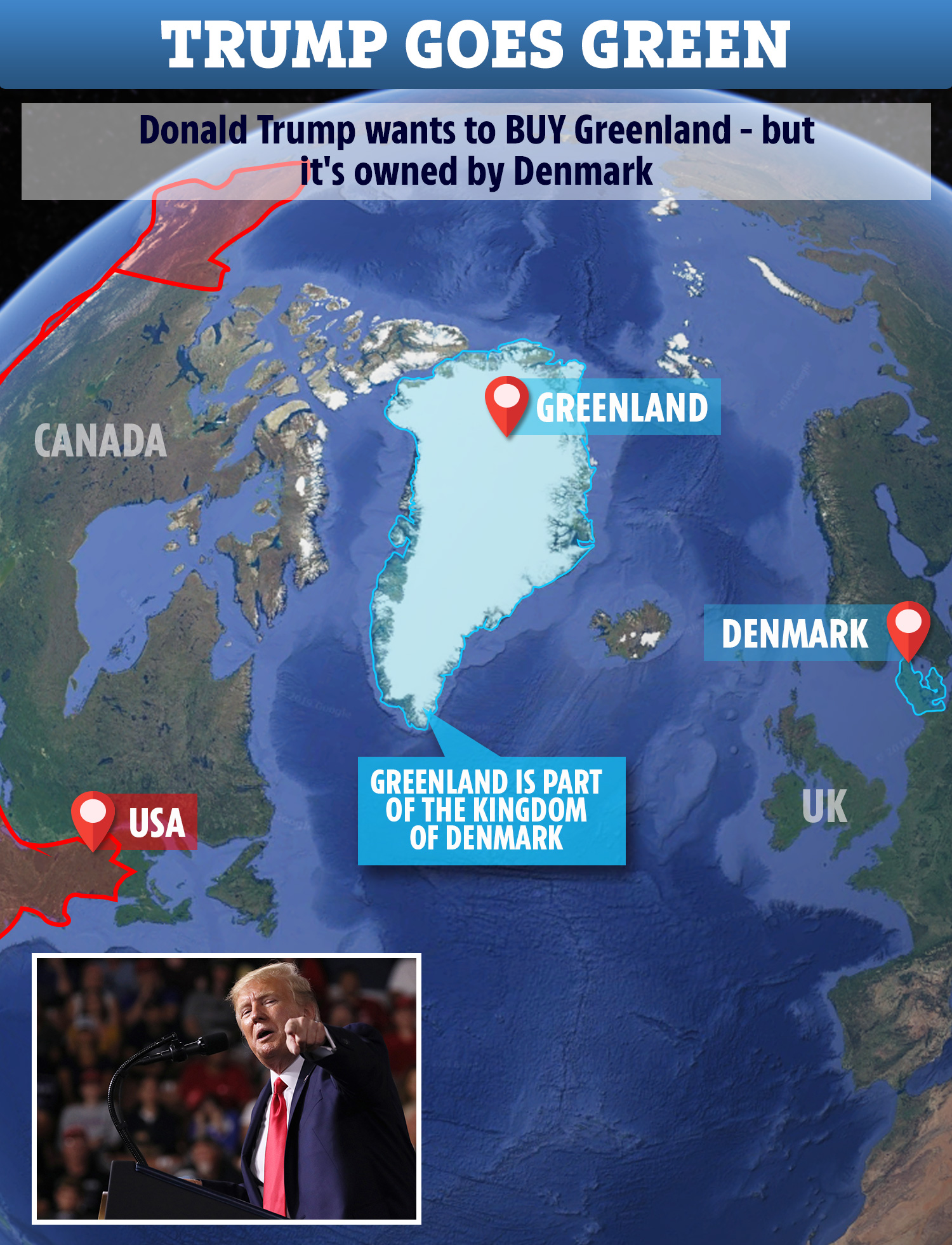 There was no official comment from the White House, and the Danish embassy in Washington did not immediately respond to AFP’s request for comment.

Some Trump advisors say acquiring Greenland, which is northeast of Canada, could be good for the US, while others called it only a “fleeting fascination” from the president, The Wall Street Journal said.

Others outside the White House say Trump’s interest could be a desire to secure a legacy achievement, the paper reported, and advisors wondered about the potential for research or greater military clout for the US.

The US’s northern-most military base, Thule Air Base, has been located on Greenland for decades.

But Greenland doesn’t quite live up to its lush name — 85 percent of the island is covered by a 1.9-mile-thick (three-kilometer) ice sheet that contains 10 percent of the world’s fresh water.

The world’s largest island has suffered from climate change, scientists say, becoming a giant melting icicle that threatens to submerge the world’s coastal areas one day.

July saw unprecedented melting of the Greenland ice sheet, with 12 billion tonnes of ice flowing into the sea.

Trump, who in 2017 withdrew the US from the Paris Climate Agreement to cap global warming levels, is reportedly set to visit Copenhagen in September.

This isn’t the first time the president has expressed interest in foreign properties — he has said North Korea’s “great beaches” would make ideal locations for condos.

U.S. President Donald Trump is facing a serious criticism following his recent attacks on the media and associating them with “fake news”. A Boston newspaper is now calling for publications nationwide to take a coordinated editorial stand against his administration. “We are not the enemy of the people,” The Associated Press quoted Marjorie Pritchard, deputy Read more

The Economic and Financial Crimes Commission (EFCC) says its academy in Karu, Abuja will soon be certified as the first anti-corruption degree-awarding institution in Nigeria. The commission’s spokesman, Mr Tony Orilade made this known in a statement in Abuja on Monday. Orilade quoted the Secretary to the Commission, Mr Olanipekun Olukoyede, as saying that the Read more

British Prime Minister Theresa May unveils her Brexit “Plan B” to parliament on Monday after MPs shredded her EU divorce deal, deepening the political gridlock 10 weeks from departure day. Britain will crash out of the European Union on March 29 unless MPs can force a delay or come up with an alternative plan that Read more

2023 Presidency: Amaechi backs Fashola on zoning agreement, insists it must be respected