IGP’s Appointment: Buhari opens up on why he picked Usman Baba instead of Jitoboh

“I support the popular view that we have graduated from restructuring to self-determination but the main powerful bloc is not ready. Aare Ona Kakanfo of Yorubaland, Aare Gani Adams, has declared his support for the Yoruba people from the South West Region of Nigeria on their quest for self-determination. Adams who expressed this in Ikeja, Read more 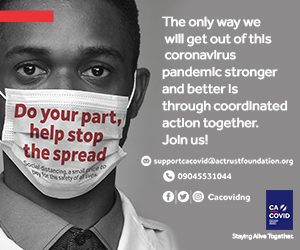 Sanni’s appointment is effective from today, 15 April. Africa’s largest bank by assets, Standard Bank Group, has appointed Yinka Sanni as its new Chief Executive for Africa Regions and a member of the Group Leadership Council. Sanni, the group’s Regional Chief Executive for West Africa, takes over from Sola David-Borha, who is retiring after 31 Read more

Our cement is cheaper in Nigeria than Ghana – Dangote Group

In a tweet on his official handle on Friday evening, Kanu described the slogan ‘one Nigeria’ as an empty expression. Mazi Nnamdi Kanu, leader of the Indigenous People of Biafra (IPOB), has said the decision for citizens to remain or quit a nation is determined by the “popular will of the people”. In a tweet Read more

The Internally Generated Revenue (IGR) of the Ogun State Government has reportedly plunged deeper in 2020 according to figured obtained from the National Bureau of Statistics (NBS). A report published in April by the NBS revealed that Ogun State generated a sum of N50,749,595,850.07 in the year 2020 as against the total IGR realized in Read more

The Nigeria Center for Disease Control (NCDC) on Friday night confirmed 67 fresh infections of the coronavirus disease which brings the total number of confirmed COVID-19 cases in the country to 154,304. The NCDC made the confirmation on Friday night while giving updates on daily cases via its Tweet handle. With the latest confirmed cases, Read more 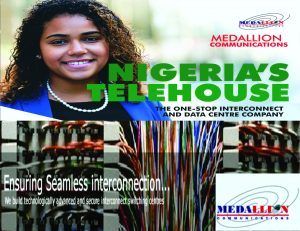 Biden reveals 2024 intention, says “My plan is to run for re-election”

Joe Biden is already the oldest president in American history — and now he’s looking to crank it up a notch. Biden entertained the prospect of running for reelection in 2024 for the first time Thursday, telling reporters that he expects to become a two-term president even though he’d be an octogenarian by his second Read more

Prince Harry opens up on Diana’s death, says he didn’t want to believe or accept it happened

“Don’t come over” – Asylum seekers won’t be welcome in U.S. except… – Biden

PRESS RELEASE The African Energy Chamber participated earlier today in the launch of Team Energy, an initiative of the UN Economic Commission for Africa (ECA) to create an informal grouping of African clean energy investors, project developers, and institutions dedicated to the fight again energy poverty. Team Energy aims at serving as a catalyst for Read more

IGP’s Appointment: Buhari opens up on why he picked Usman Baba instead of Jitoboh

AGENCY REPORT Baba’s appointment, which will be forwarded to the Senate for confirmation, will effectively deny Jitoboh, the police chief from Bayelsa, who should have been the inspector general in line with the law. President Muhammadu Buhari has revealed why he picked Usman Baba over Moses Jitoboh as the acting inspector general of police following Read more

Oluyole Warriors go into the mid-season break with 28 points from the possible 33 Nigeria National League (NNL) Group B1 leaders, Shooting Stars Sports Club (3SC) of Ibadan, ended the first round of 2020/21season on a descent note as they were held to a goalless draw by struggling Ekiti United. The Oluyole Warriors of Ibadan Read more

The request is missing a valid API key.

Legendary Thank-You, More-Expectation, And Prayer Messages To All Ayedaade Benefactors On Its 63rd Anniversary by Kunle Bakare

Sunday Igboho: The real Asiwaju of the Yorubas

Re: Why FG Must Grant Lagos Special Status

Why we detained OPC members who arrested Wakili -Oyo Police

Elections Postponement: I am deeply shocked by INEC’s decision —Atiku